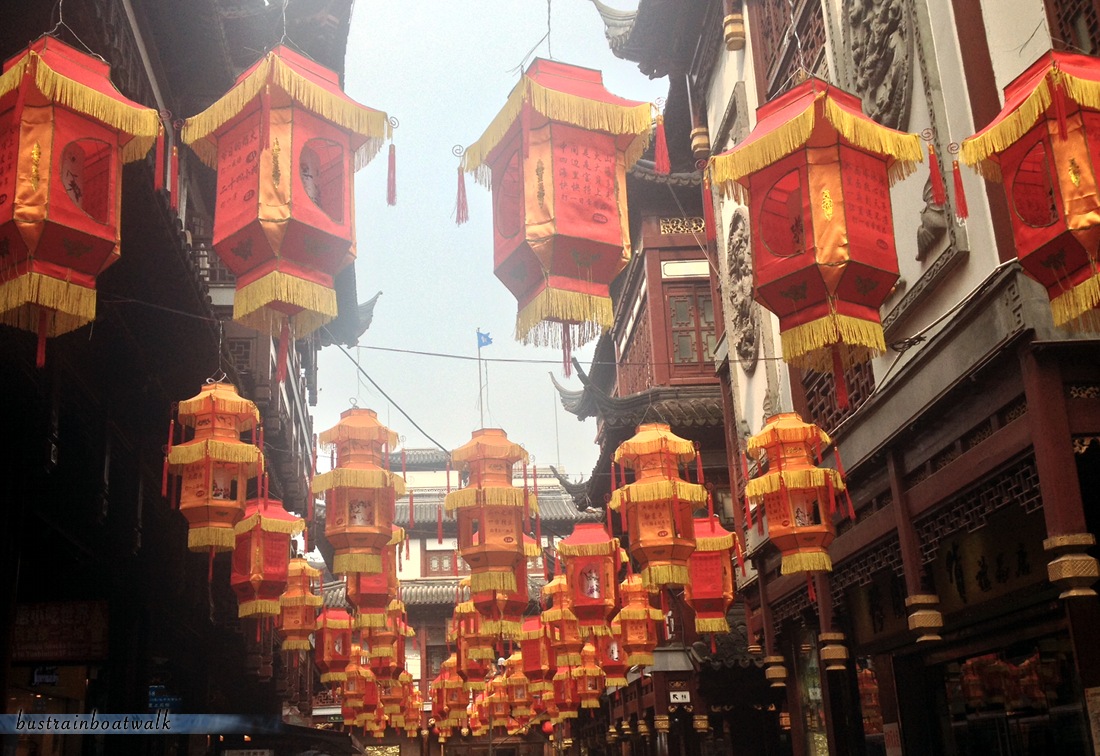 This post will be a bit less visual, and more text-heavy. It’s a bit of a rant about the social interaction i experienced in Shanghai.

Not to pit two cultures against each other, but…

Japan: Strangers walked up to me to see if I needed help with directions, reading signs, etc.

Shanghai: Cashiers, hotel staff, and metro system employees all shared one trait. Showing little care when I was forced to approach them for assistance.

People in Shanghai were definitely UNHELPFUL. A couple of them even shrugged at me, rather than sparing a monosyllabic response. At first I thought it was the language barrier, but soon noticed it was just their mannerisms or cultural way of life. I don’t know if it’s the way they react to everyone, or just me because I was a foreigner.

One metro information booth guard springs to mind. I was confused about how to transfer from one metro line to another to get to my destination. Since he quickly let me know his English was poor, I used visual aids to explain what I wanted help with. All he did was point out the obvious. I needed more details than what was on my iPhone metro map. What he did was basically show me B, when I wanted to know how to GET from A to B. When I didn’t catch the name of the station where he told me to transfer lines, I asked if he could write it down for me. He looked really annoyed I would even request such a ridiculous thing.

Wait, aren’t you sitting in the INFORMATION booth? Isn’t this your job? He eventually did scribble down the information, but handed it to me with lips drawn and eyebrows knitted.

Similarly, my hotel staff was complacent when I couldn’t log into their WiFi. They pointed to the memo in my hand as if the info written there was obvious. I brought the memo to show them See here? This part. This doesn’t work. What can I do instead? because no matter what I tried, their login and password would not connect me. In the end, I figured out by their half-a$$ed responses that I needed to follow a third step, which was adding a code derived from my passport number.

It’s as if they thought because they went to the trouble of printing out WiFi connection instructions in every room, that a foreigner could understand it all. It was written in Chinese with just ‘password’ and ‘user’ written in English, so how would I know unless I could read Chinese!?

Again, not to imply one culture is ‘better’ than another, but….

In Japan, I was even apologized to by staff who felt their English was lacking, or that they couldn’t quite convey information to me as easily as they wished. And in most cases, I got the gist. They were never blasé or smug.

Of course there are always exceptions. There was one grumpy old man working in the Japanese underground who was fine when all I needed was to pay him fare after an assistant helped me in English. As soon as a problem arose and his assistant was gone, he treated me with haste, trying to shoo me away. When I realized he wasn’t understanding my primary school level Japanese, I asked if we could switch to English. He shouted, “English, No!” and waved the air with an annoyed gesture.

The same exceptions apply to Shanghai. There was one convenience store cashier who watched me pull out change to pay, and was kind enough to lighten my load by exchanging higher denomination coins with lower ones she noticed in my hand. While it helped my pockets feel lighter, it probably also helped her cash register. She didn’t do it in an annoyed or rushed manner. She smiled when I thanked her.

So yes, it’s a generalization, but in general I was quite annoyed by the unhelpful folks in China. Another faux-pas of my hotel staff was how they treated me when I asked if they could call a cab for me so I didn’t need to traipse through a main street with four or five bags strapped to my body. Most hotels would do this for their guests. They instead told me to “Go outside! You find taxi!”

I pointed to my luggage and tried to explain in simple language, that the taxi drivers don’t speak much English and I had a very unusual address to get to. I needed a cabbie who could actually find the place and not charge me for a 2-hour drive when I knew the trip should take less than seven minutes. The hotel staff didn’t care. Angry, I stomped my way to the nearest metro station and was at my destination in less than 15 minutes for a fraction of the price a taxi would have cost. I mean, it was simple. The point is, I had to take off and then put back my bags in order to pass them through mandatory luggage scanners. I had to deal with crowds coming up fast behind me while I was focusing on rescuing my bags from the conveyor belt. Let’s not even talk about standing in a moving metro car loaded down with front and back knapsacks, when nobody cares to let you share their safety pole or handle.

A taxi would have made the trip a bit more pleasant. However, I learned to just do things myself if I wanted any success rate. I was more efficient than any cab driver, and really, the Shanghai metro system is very simple once you get used to it. I wold say it is very helpful. Unlike the people! Unhelpful! Unhelpful! Ugh! (Ooh, “ugh” is another U-word, isn’t it?)